Hi, Don Harris here, founder of Service Success Group. I’d like to invite you to join me in an 8 week online course and learn How to Get Out of the Truck and Into the Office so you can become a great business owner and not just a great technician!

That seems to be the problem with a lot of home service business owners today! They are great at what they do but they’re very good at running a business.

Now is the time to learn how to make that transition from technician to a “TRUE” business owner, who understands how to run their business from the numbers and letting systems do the work for them.

For a limited time, I’m offering this live 8-week online course where each week you will join a group of like minded business owners who feel stuck in the field. They’re trying to figure out how to get out of the field but are having a hard time making that transition. They desperately want to get into the office so they can effectively grow their business but they’re stuck!

In these 8-week sessions, Don Harris will share his knowledge with tips and tricks on how to make that transition so you’ll have a better chance of making it happen.

Spots are limited so that everyone in the program gets the results they’re after. If you’re ready to accelerate the process of growing your business, scroll down and reserve your spot right away!

Who Am I and Why Am I Doing This?

Don Harris started his business at the ripe old age of 19 while in college. He had the opportunity to go to work as a sub-contractor for a manufacturer working on air conditioning systems during the summer. Don had no knowledge of how to run a business but he took the jump anyway.

Just like a lot of other home service business. He thought, as do many others, that it was just about getting the work done and collecting money for his services. Boy…was he wrong!

Just like many of you, he struggled for years with ups and downs in the business just trying to figure out how he was going to make his business work. Finally after 20+ years of struggling, he found the answer. He found it in other similar business that were doing the same things he was doing but they were successful at it. So he turned his focus onto what they were doing to make it successful and applied it to his business. He found others that had walked in his shoes and learned from them.

After owning the business for 40+ years, Don finally turned the business over to his son who is successfully running it today.

In 2014, Don retired from the business and founded Service Success Group and started coaching and consulting businesses that were similar to his own. Don continues coaching and consulting and runs multiple Mastermind Groups in the HVAC & Appliance service trades. Don is ready and willing to share his success as well as his mistakes just hoping  he can teach others how to avoid the mistakes and pitfalls he experienced.

Now is your chance to learn from someone who has walked in your shoes for more than 40 years. Someone who is willing and ready to share not only his successes, but his failures as well. By doin this, just maybe you can avoid some of the mistakes  and heart aches Don experienced.

So why not join Don on this journey together and learn How to Get Out of the Truck and Into the Office so you can become the great business you want to be.

For a limited time, I’m offering a live 8-week online course where each week you will join a group of like minded business owners who feel stuck in the field and are trying to figure out how to get out of the field and into the office so they can effectively grow their business. You will be in a live workshop with me, Don Harris, getting tips and tricks on how to make this happen.

Spots are limited so that everyone in the program gets the results they’re after. If you’re ready to accelerate the process of growing your business, scroll down and reserve your spot right away!

In this 8-week course, you’ll discover the importance of getting out of the truck, where you’re running service calls or installing products day in and day out, and then getting into the office where you can focus on business growth while letting others do the work in the field for you.

In fact, here’s just a sample of what we’ll cover in this incredible 8-week course event:

Don’t miss this breakthrough 8-week course that will finally show you how to have the freedom you want to step away from the business and you know the business will still run smoothly without you there.

Register below for this 8-week life changing and business growth experience. 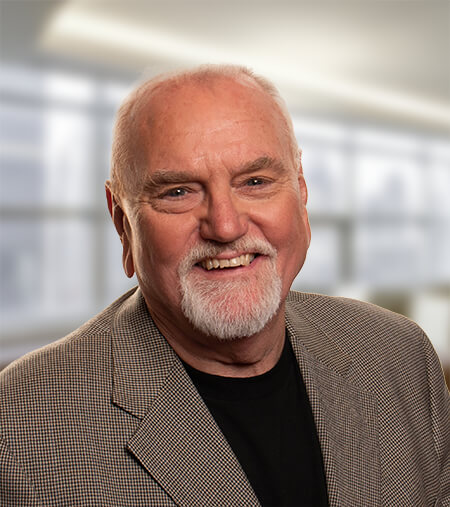 This is a live 8-week online course where each week you will join a group of like-minded business owners on a live call to get help from a coach that has been through it, ME!

The first session will be held on Tuesday October 25, 2022, at 1:00 eastern time. Then each following Tuesday and at the same time we’ll hold the remaining 7 sessions.

Each session will be live on a Zoom call and will be recorded if you cannot make the call. I’ll send you an email before each session containing the link to join the call.

The sessions will last between 1-2 hours, depending on how much time is required to cover each topic and answer questions. The workshop is estimated to end on December 13, 2022, however could go over

Here’s what will be covered during the 8 weekly sessions:

Week 1: Discovery Call
We’ll take some time and find out where everyone is in their business

Week 2: Mindset Session 1
What is it, and why is it so important?

Week 3: Mindset Session 2
How can we change our mindset?

Week 4: Numbers Session 1
What numbers do I need to know? Determining your “Your Cost of Doing Business”.

Week 7: Systems Session 1
What are they and how do I document them

I promise you once you complete the course, you’ll understand what it takes to transform from a technician to a real business owner and get out of the truck and into your office, so you can start managing and growing your business.

For a limited time only:

As a special offer I am making this 8-week online course available for just $697, $300 off the normal price. But you need to hurry because spots will be  limited.

If you see the signup form below then enrollment is still open so go ahead and grab your spot before it’s too late.